This article is all about solar tracking device project as the majority of solar panels have a fixed position and don’t move with the sun. A solar tracking system follows the sun’s motion across the sky. It strives to keep the solar panel in line with the sun’s rays and ensure that the most sunlight hits the panel all day. This solar tracker system follows the sun’s path from dawn, continues throughout the day until sunset, and then begins at dawn the next day.
we know that in this modern world, there are alot of invention taking place everyday. Solar tracking device is also one of them. All these technology invention are possible because of ENGINEERS, we should be thankful to them for there efforts. Now before going toward the topic, first know about who is the inventor of solar tacking device.

What is a solar tracking device;

The Solar tracker device  is a device that orients payloads towards the sun, the payloads maybe solar panels or mirrors anything which you want to make it towards the sun, in this case, it will increase the energy coming from the sun.

According to the solar panel, it doesn’t produce any energy unless and until it is pointed towards the sun in this case we use a solar tracker device  to gain the max amount of energy from the sun. 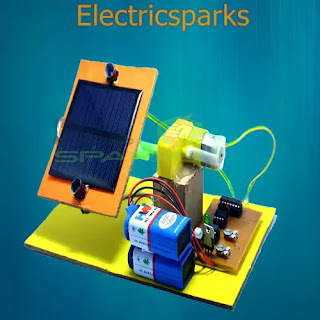 The device has an open panel that houses the solar cell that constantly tracks the sun’s movements through the night. The Arduino utilizes two light-dependent resistors (LDRs), which have been separated with a fin, which allows them to evaluate the levels of light on each side, and then move the servo that is attached to the panel to the brighter LDR until the two detectors are equivalent. This is a great Arduino project that combines sensors and servos with modified logic and has an application that is practical concerning renewable energy sources.

Solar panels produce the most power when the sunlight entering the board is parallel to the panel. The solar tracker rotates the panel on two or more angles (altitude and azimuth) to keep it in direct sunlight. This could result in 25% of energy compared to a fixed panel. Trackers are also crucial with focusing collectors or concentrating ones who aren’t effective in the absence of alignment with the sun precisely. A focusing collector may rotate the reflector or lens to the centre. This model is a single-axis mount, where the axis that rotates is directed towards the North Star (an equatorial mount). This design tracks the sun in a spin from the east towards the west.

Earth Science: The sun moves through the skies at 15° per hour (because the Earth turns 360 degrees over 24 hours. In winter, the days are short, and the sun rises south of the east then sets to the south while the noon angles are low. In summer, the day is long, and the sunsets north of the east while developing to the north. The highest noon angle of the sun at the Equinox is 90 degrees, which is the latitude. The summer solstice is 23.38 degrees more than that, while the winter solstice is 23.38 lower than that.

Engineers and scientists are working to improve their efficiency in solar cell production while reducing costs. Trackers were considered feasible at a time when solar cells were costly. The prices have dropped to the point that the focus is now on vast sections of panels fixed and on covering all construction surfaces with panels. The collectors with a concentrated solar design employ thousands of mirrors that rotate to reflect light to the central power towers. Trackers that track solar thermal energy are essential because they store energy using melting salts for hours after sunset. This can help deliver solar energy during the evening when the demand is high.

Solar tracking device as the sun moves at its own axis due to which we cannot generate 100% solar energy, so the solar panel needs to orient its position towards the sun with the help of LDR (light depending Resistance), we can easily track sun this tracker works on the principle of the sunflower which automatically move itself to the sun.
According to two LDR as shown in figure
It should be placed in such a way the one towards north and other towards south whatever the position of the sun is.. when the light falls on the LDR 1 the tracking system will come to action and moves towards the LD1 and when the light of the sun falls on LDR2, the solar will panel will be automatically steps towards the LDR2 that’s how Solar tracking system works
As we Attach servo motor u can attach according to your needs. We have set to rotate approximately 180 degrees (90° in each direction) and is controlled using the included Arduino Servo Library.
We will explain how to install the library and a short video of uploading code to Proteus and Arduino moreover, we are unable to show it on a large scale you can if you need it.

The following components required for the project.
This is box title

The circuit diagram is as under; 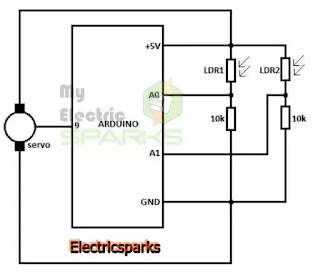 Everything is described step by step to build Solar tracker system

The step by step process, 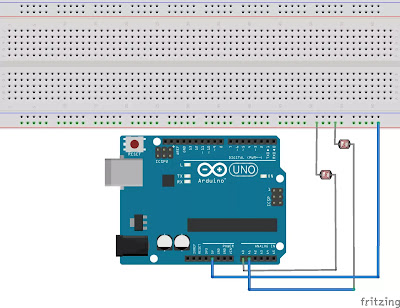 Connect the two LDR to A0, A1, as shown in the figure and also a 5v from Arduino to the Breadboard. 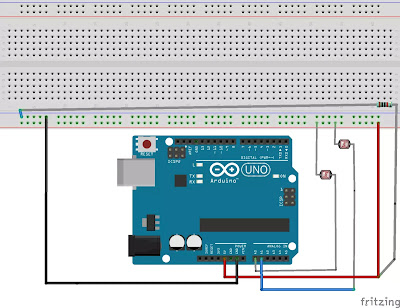 Connecting 10k resisters, as shown in the figure and also ground to Breadboard. 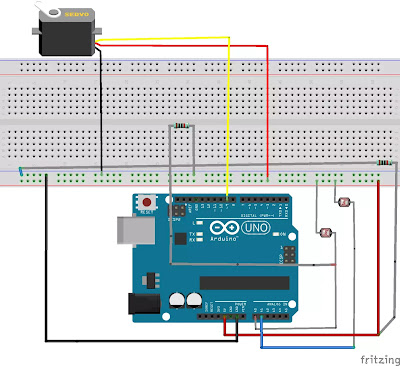 The entire circuit diagram is shown in the figure by connecting the servo motor to Arduino.
Solar tracking device project.

Note:  At first it should be noted to install library copy the files to proteus main files and copy the given files
Click the link for downloading library CLICK HERE to download the library
after copying all the data to the library folder, you will se Arduino Uno R3 as shown in figure
Solar tracker system 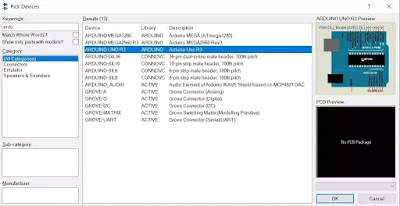 Hangouts for Android and iOS stops working for many

Best Devices To Convert A Normal TV to A Smart TV

Hangouts for Android and iOS stops working for many