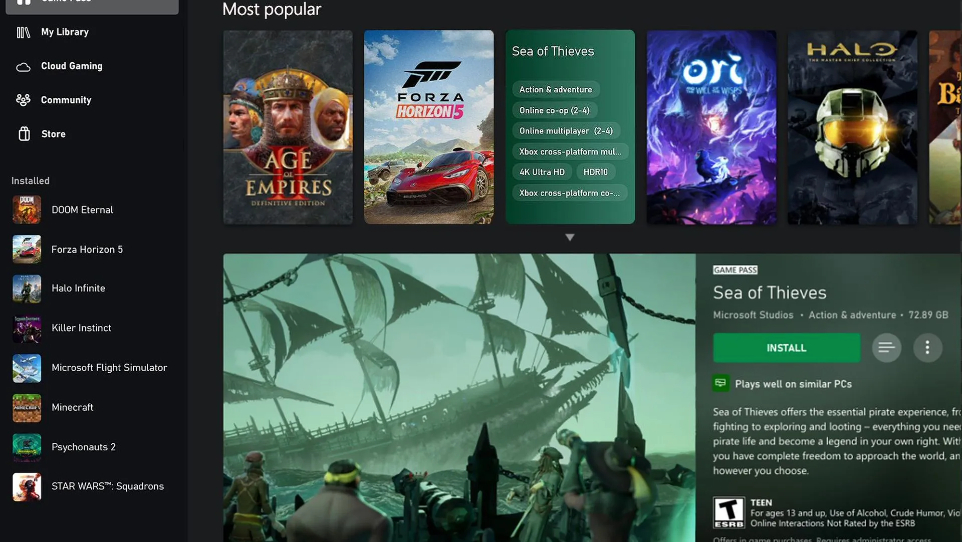 A new update to the Xbox App on Windows adds a note to game pages telling you how well the game is likely to run on your PC. If you’re playing on an older PC, the feature could save you the headache of downloading a game that doesn’t pair with low-spec hardware.

Before you install a game from the Xbox App, you will soon see a little note under the install button that tells you how the game performs on PCs that are similar to yours. The messages are simple: “Plays well on similar PCs,” for example. This includes games you’ve purchased along with games on Xbox Game Pass.

Tila Nguyen, senior product manager lead at Xbox, says that “you may not see a performance check for every game,” especially games that were recently added, because it takes time for Microsoft to gather the information it uses to make recommendations. No specific information was given as to how much data Xbox needs in order to make these performance recommendations.

The update will also make it easier to find games via the search bar, which now includes games from EA Play (assuming you have a Game Pass membership). Categories such as “side scrollers” and “point and click” have also been added.

The Game Performance Fit Indicator update will be rolling to the desktop version of the Xbox App soon. In other Xbox App news,  it will soon be available for select Samsung TVs. Users will be able to use the Xbox App to stream games via Xbox Cloud Gaming without a console or PC.