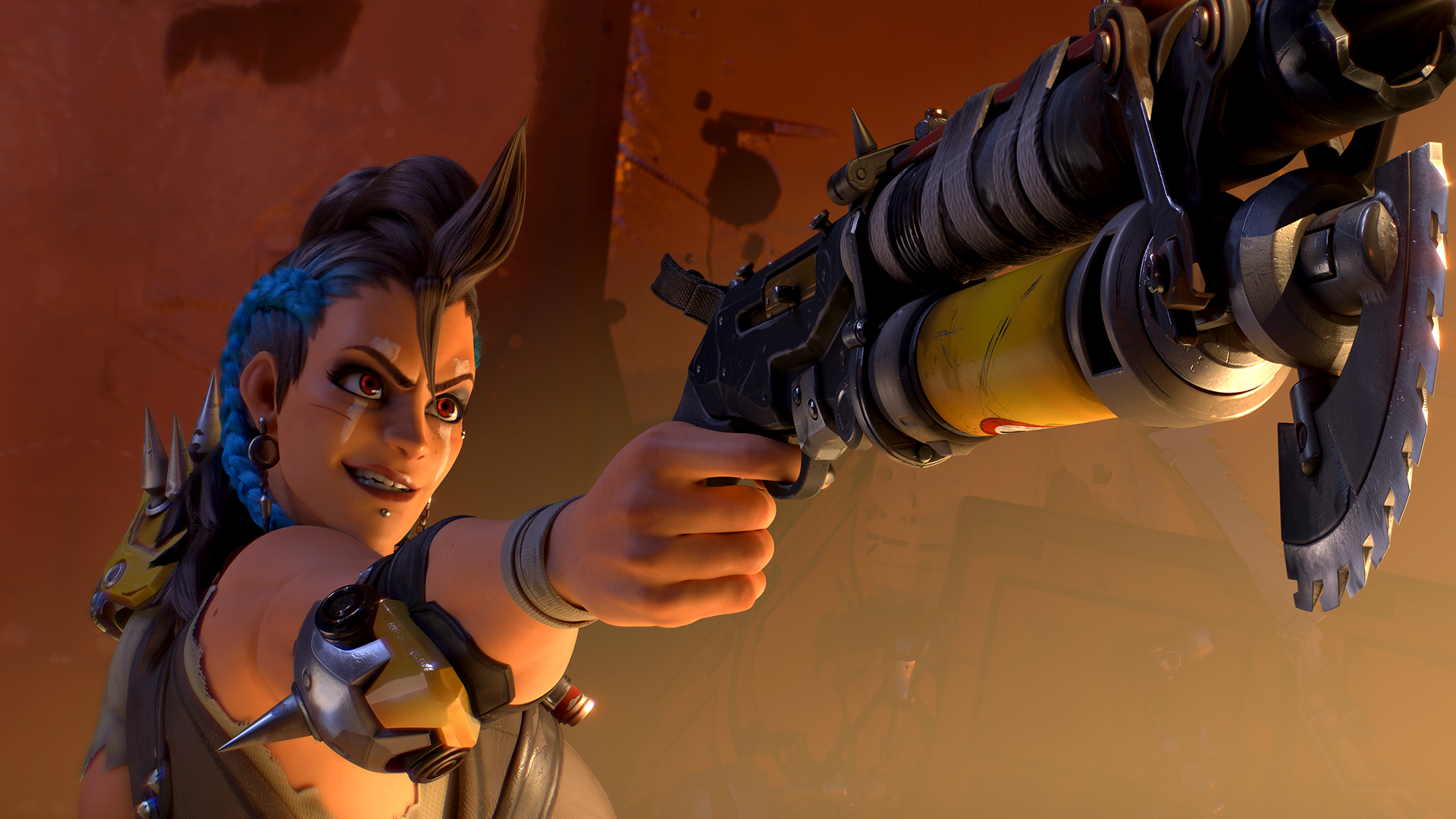 You’ve heard her yell at you over the intercom in the Junkertown map for years, but now she’s finally a playable hero. The Junker Queen battled to the top in the pits of the Junkertown arena and claimed the throne, as we saw in the new cinematic (opens in new tab).

She’s a good example of what a tank built within the sequel’s new format looks like. Junker Queen’s usefulness as a tank depends on your Wound uptime. All of her abilities inflict Wound, which Deals damage-over-time to enemies and heals her in return. Instead of having a defensive cooldown like other tanks, Junker Queen has to maintain a trickle of healing while fighting within melee range of the enemy team. Ironically, that means she’ll be weak on long-range, open maps like Junkertown and devastating on close-range maps like King’s Row.

Like Doomfist, who swapped to the tank roster in Overwatch 2, Junker Queen is built to weaken opponents so that her team can follow up with lethal damage. And if you let her go unchecked, she will eliminate you herself. Tanks in Overwatch 2 are generally designed around constant engagement in team fights rather than slowly moving through the map behind a shield. Junker Queen’s set of abilities seem especially good against teams that group up so that she can run through them with her ultimate like a bowling ball.

Blizzard gave us a peek at her abilities in today’s presentation, but if you want to fully understand them, you’ll need to play her in the game’s second beta on June 28 (opens in new tab).