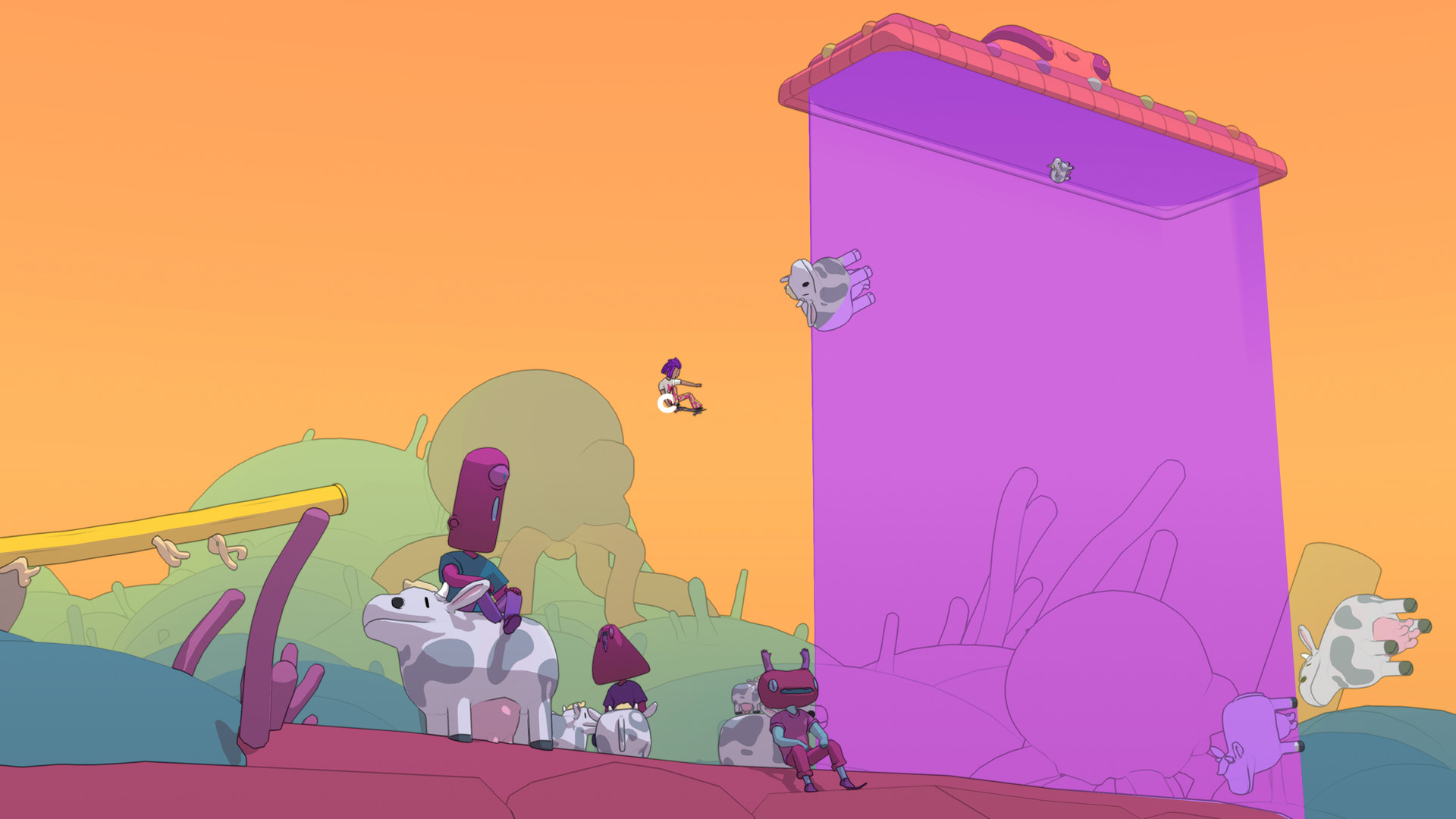 OlliOlli World’s first expansion, Void Riders, has been released on Steam. It sees “skeezy” extraterrestrials attempting to abduct heroic human skaters for the purposes of the Nebulord, and introduces a new alien biome as well as a bunch of challenges and cosmetics.

The expansion changes up existing levels, too, and introduces a bunch of alien skaters. The big gameplay addition is tractor beams, which are dotted through the re-jigged levels and new biomes, and can be used both to gain height and maximise your time for performing tricks. Anti-gravity skating!

The expansion adds 15 levels, four bosses, and a whole bunch of difficult challenges. Don’t let the expansion’s jolly psychedelic aesthetic gloss over the fact that this is intended to put players through the wringer, with the ultimate goal being to challenge a skater known only as the Hyped One. Apparently there’s some cow abduction going on too: I’m not sure how that works, but it also says here the expansion includes a cow onesie.

Void Riders is out now on Steam (opens in new tab), and free for players who bought the expansion pass. This is one of two planned expansions for OlliOlli World, which our resident skate guru Nat called (opens in new tab)“a wonderfully surreal skateboarding paradise, a vibrant rhythmic platformer played out on grind rails and halfpipes.” Neon-clad aliens doing anti-grav kickflips certainly seems to fit with that.