The Lenovo Tab Extreme was listed on the Google Play Console early, but official confirmation has yet to be made.
Google Play Developer Console allows developers to track app performance and other information. In addition, devices can often appear shortly before they are unveiled. This gives us insight into the specs of new releases and what they will offer.

This avenue has been used to spot the “Lenovo Tab Extreme,” codenamed “TB570FU”. It includes a few specifications and a glimpse of the design. We are cautiously optimistic about this unannounced Android tablet, as high-quality Android tablets are rare.

The listing states that the tablet will display 3,000 x 1 876 pixels at 320ppi. The MediaTek MT8798Z is the chipset that powers the Lenovo Tab Extreme. It is also known as MediaTek Dimensity9000. The Tab Extreme will come with 8GB RAM. But the best part is that it comes pre-installed with Android 13. The P12 Pro has been slow to update, so this could fix some problems (h/t XDA). 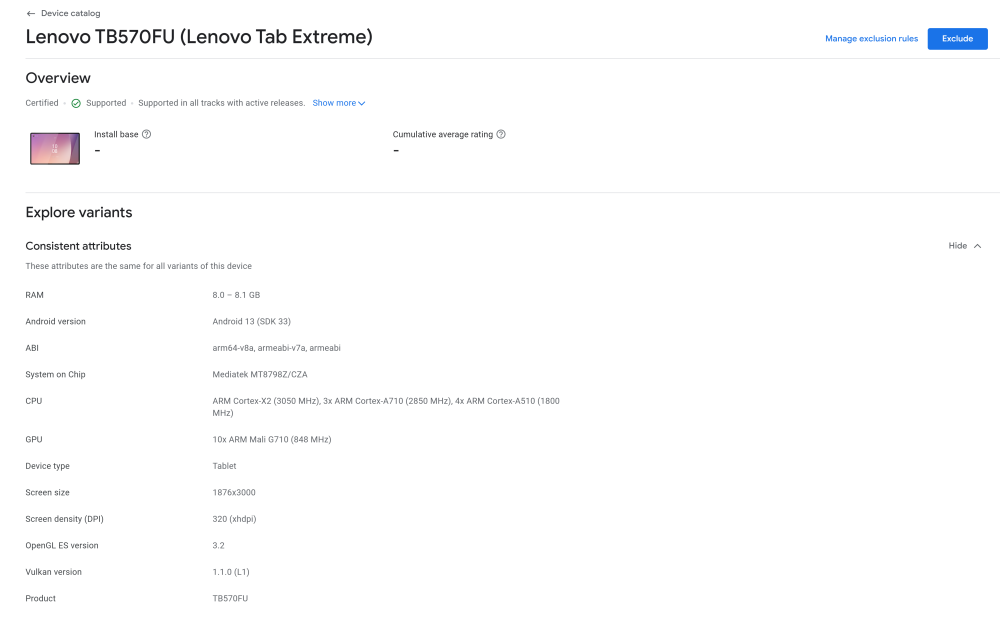 It looks very similar to the Tab P12 Pro visually. Zoom in, and you will see the hidden landscape-oriented selfie cam within the bezel. In addition, you will find separate volume buttons and a power button in the upper left. Unfortunately, the listing does not include images of the Lenovo Tab Extreme’s back, so we are still determining what the rest of its design offers.