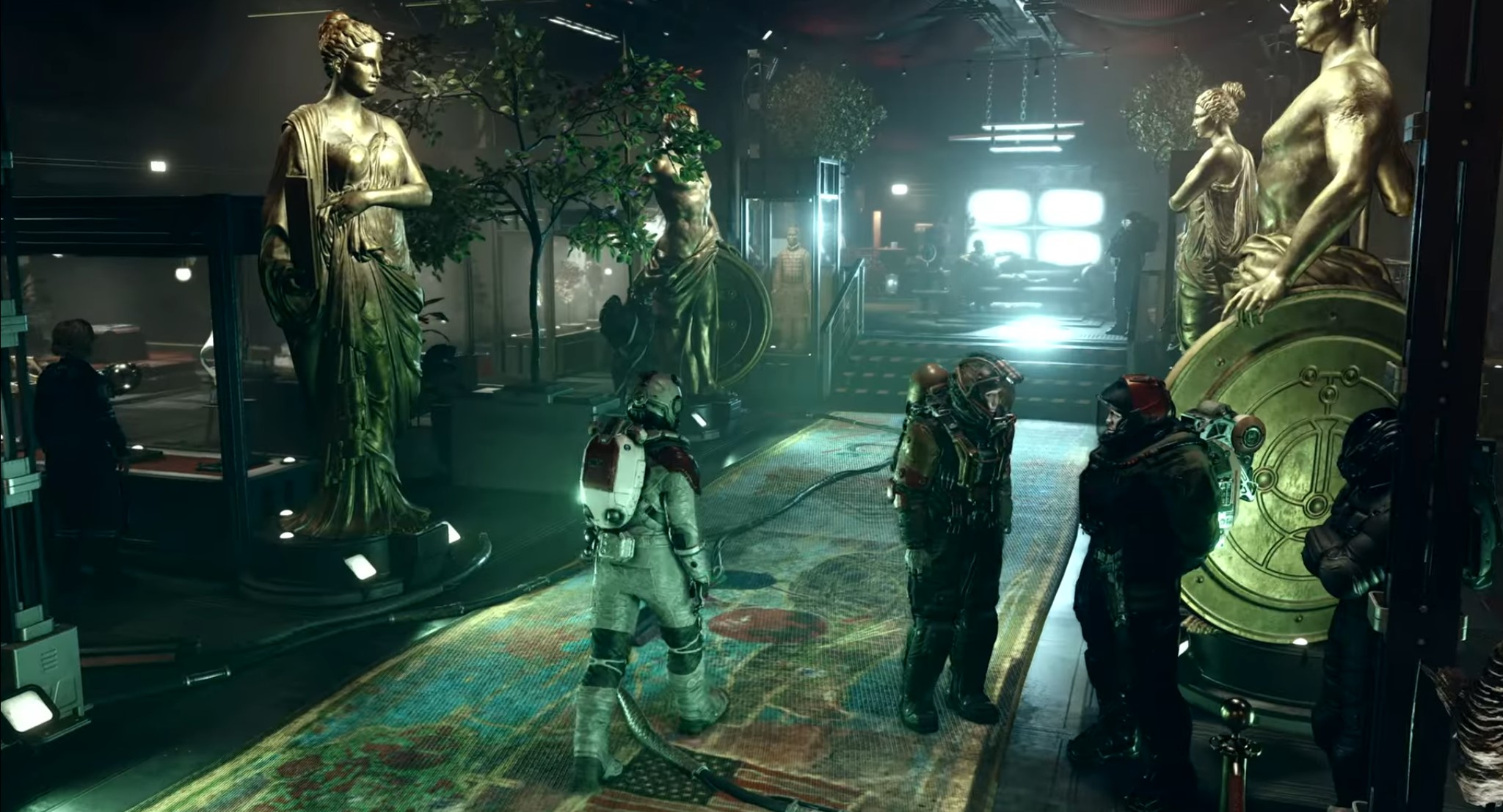 Following an eternal-seeming procession of softly lit Starfield promos where its devs talk about the soundtrack, we’ve finally got substantial info about Bethesda’s upcoming sci-fi RPG. Speaking to IGN, Bethesda mainstay and Starfield project lead Todd Howard provided some interesting context for the game’s scale and development: It will have four main cities (opens in new tab) with Constellation hub New Atlantis claimed to be the largest Bethesda’s ever created, and the game’s procedurally generated star systems will boast “more handcrafted content (opens in new tab)” than any Bethesda game previously.

The cities bit is of special importance to me because I’m a freak for RPG cities (opens in new tab), and Bethesda used to be one of the best in the game—Morrowind’s Vivec and Oblivion’s Imperial City especially are iconic fantasy locales. Bethesda’s most recent singleplayer RPG, 2015’s Fallout 4, really dropped the ball in this regard. Its primary settlement, Diamond City, had a unique look but proved downright puny in comparison to Oblivion or Skyrim’s second order settlements.

At their best, Bethesda’s towns and cities make for these dense feasts of quests and side stories, combining striking aesthetics, memorable layouts, and interesting enough characters to trick your mind into believing that these actually quite small settlements are real places where people live. After exploring Starfield’s expanse of procedural space, I want to come in from the cold and get lost in a sci-fi city the way I did with Mass Effect’s Citadel in 2007.

Howard’s comments on bespoke content give me hope that these places will be interesting enough to hold my attention and, just maybe, fill up those 1,000 explorable planets (opens in new tab). Fallout 4’s overreliance on procedurally-generated “radiant” quests really soured me on that game—nothing felt worse than picking up a new quest from the Railroad faction and having it direct me to grab a macguffin that’s spawned in a dungeon I already cleared.

Prior to Fallout 4, Bethesda had a track record of excellent side quests that fill out its open worlds, with Oblivion’s A Brush With Death and Skyrim’s A Night to Remember immediately coming to mind as examples of the studio’s capacity to surprise and delight. I want to show up to one of these four cities in Starfield and immediately get embroiled in a murder investigation, the best kind of RPG sidequest.

With all that in mind, I find myself fantasizing about Starfield’s potential Golden Path (opens in new tab): classic Bethesda questing, the improved, id Software-informed gunplay (opens in new tab) of Fallout 4, and 1,000 deliciously desolate (opens in new tab) planets anchored by four dense, distinctive urban hubs. An RPG fan can certainly dream, at least, and the occasionally-derided notion of “Skyrim in space” certainly appeals to me more than the idea of another radiant quest purgatory like Fallout 4.