Harpist turns her harp into a controller, plays Elden Ring with it 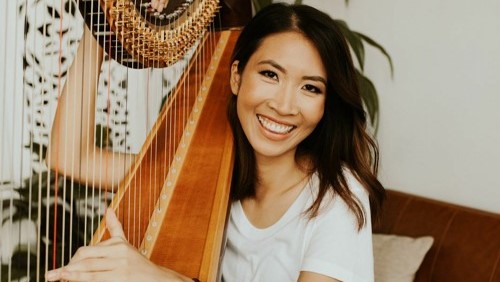 Hello everyone and welcome to yet another installment of “what can you make into a controller to play hard games with.”

“A for dodge and G for light attack! To my great sadness, I don’t have a heavy attack string because I needed that real estate for other actions,” she said. “The only control I have over the direction of the roll is just whatever direction my character is walking. It’s a little annoying because when I play with a controller, I tend to do a lot of forward-but-a-little-to-the-right rolls which I can’t do with harp unless I happen to be approaching from a certain angle. Mostly, it’s really just rolling into an attack and hoping for the best.”

The hardest part, however, was adjusting for input lag. There’s a moment of input lag between plucking the string and the controls firing off. Ellsworth said that figuring it out “took some time but isn’t too bad anymore.”