Pre-order customers can take their marks before the release date, which is later this week.

F1 Manager 2022 is now accessible in early access to those who have pre-ordered the racing simulation.

While the game isn’t officially released until August 30, 2022, Frontier’s developer has announced that it will “welcoming players into the illustrious F1 paddock” in advance of the official launch in the coming weeks. 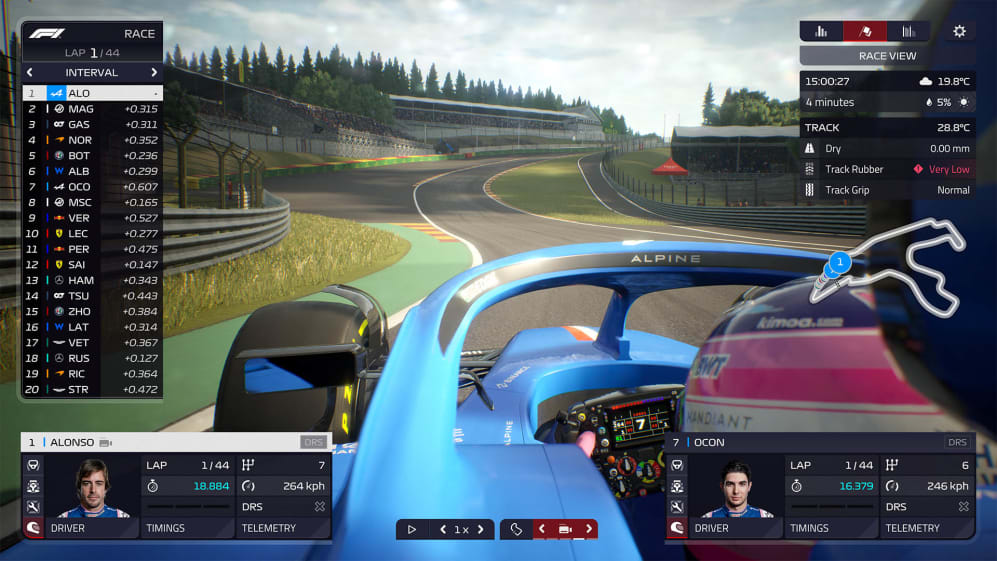 In the race – which allows you to take charge of the chosen F1 team and guide them to glory throughout the 2022 season and beyond, you are the role of Team Director, who is charged with balancing short-term success and longer-term goals as you try to finish the season as the champion.

Frontier believes it doesn’t matter whether you’re an avid F1 enthusiast or brand new to F1, as the game’s player-guided system will help you through the race weekend that will be the start of the season. The track will also feature broadcast cameras, as well as various “on-board angles from each car”, in addition to the possibility of developing not just your cars but also your headquarters, drivers and staff.

If you’re interested but have put off ordering but are still interested, there’s still time for you to receive early access. Frontier claims that “you can still join the early access by purchasing the digital version before the full launch on August 30”. Additionally, you’ll get discounts of 10 per cent on the suggested retail price, too.

“We are delighted to lift up the garage doors and invite Formula 1 fans to step into the role of Team Principal, experiencing a hyper-realistic simulation as they take the hot seat at one of the ten 2022 F1 teams,” declared the game’s director Andy Fletcher.

Be the boss. Control your @F1 destiny.

“As passionate supporters ourselves, we’re proud of what we’ve achieved in bringing the broadcast experience to life with authentic cars, drivers and circuits, offering depth in every decision that we know players will love debating! We can’t wait to see their stories unfold, and how they take their team to glory.”

F1 Manager 2022 will come to PC through Steam along with the Epic Games Store, in addition to Xbox Series X|S, PlayStation 5, Xbox One, and PlayStation 4 on August 30.