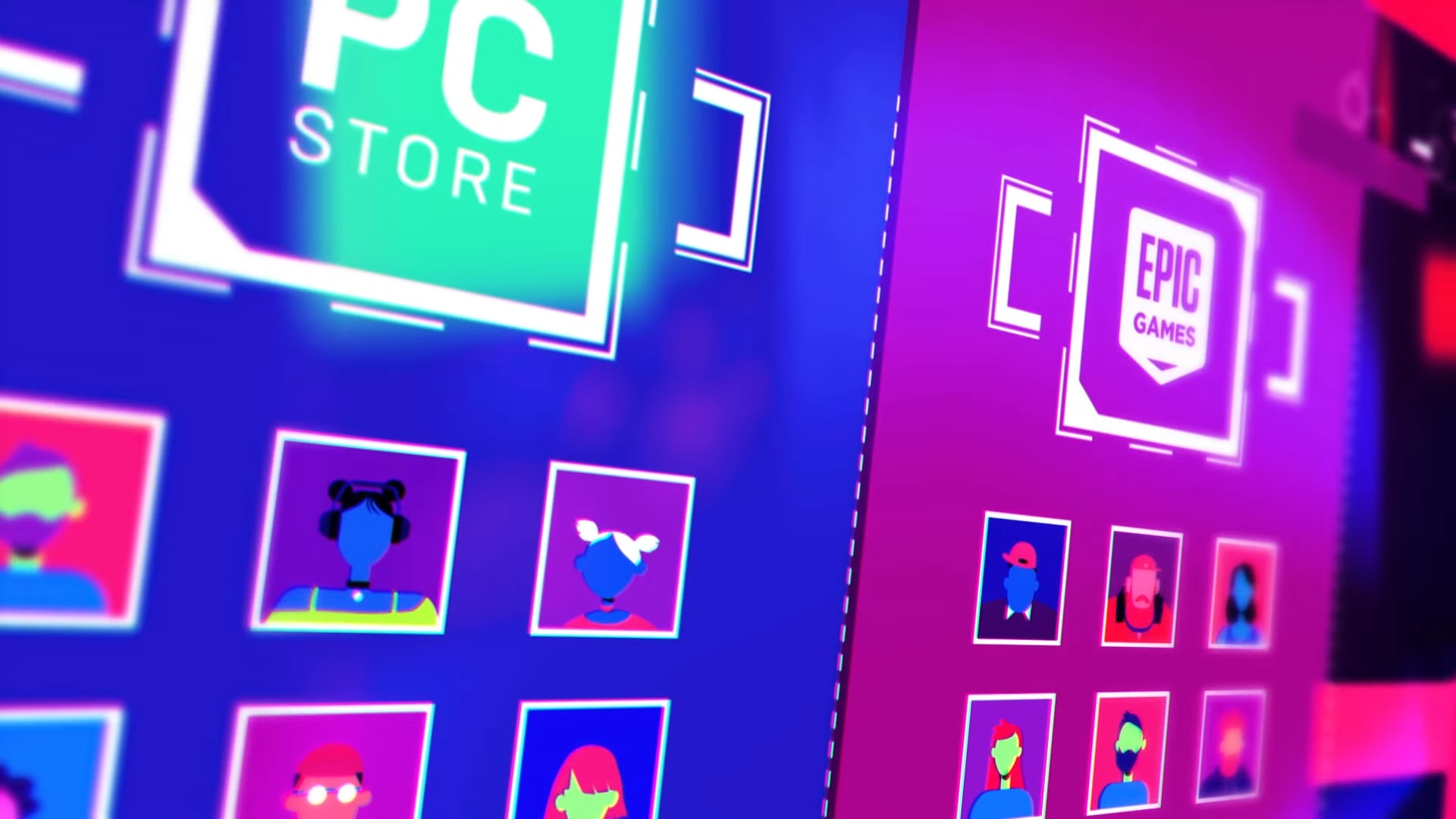 In 2019, Epic made the online services developed for Fortnite freely available to any game developer who wanted to use them. The software development kit included systems for friends lists, matchmaking, lobbies, leaderboards, stat-tracking, and cross-platform multiplayer. Recently, it brought crossplay between PC and Playstation to Fall Guys in all its playlists. And now, Epic Online Services lets developers enable crossplay between Epic and Steam.

A video accompanies the news, showing two friends trying to connect so they can play a fictional game called Neon Party Squad together. Tragically, they’re separated because one of them is playing through Epic Games and the other is on “PC Store”.

Epic’s not so shy about naming its competitor in the accompanying blog post (opens in new tab). “Epic Online Services crossplay now works seamlessly on Steam and Epic Games Store,” it says, “enabling Steam players to search from over half a billion friends, connect and play. Development to natively support more PC stores is underway, as well as macOS and Linux support for desktop, with support for crossplay on console and mobile platforms coming later.”

Developers who use the Epic Online Services toolset can choose which features they want to add to their game, including crossplay. Games that use it will have an overlay merging friends lists from across storefronts, through which players can search for friends and join games. “With just a few clicks,” Epic says, “Steam players can jump into a game while an Epic Games account is created under the hood for their Steam account.”

Epic has been bullish on the value of supporting crossplay for a while now, with Tim Sweeney saying “I think it’s in everyone’s interest to support interoperability,” back in 2018. It certainly worked out for Fortnite, and when Rocket League came to the Epic Games Store it had not only crossplay, but cross-platform progression as well, letting players access their items no matter which version they launched.

Valve Is Changing Their Steam Sale Schedule: Dates for autumn, winter, and spring