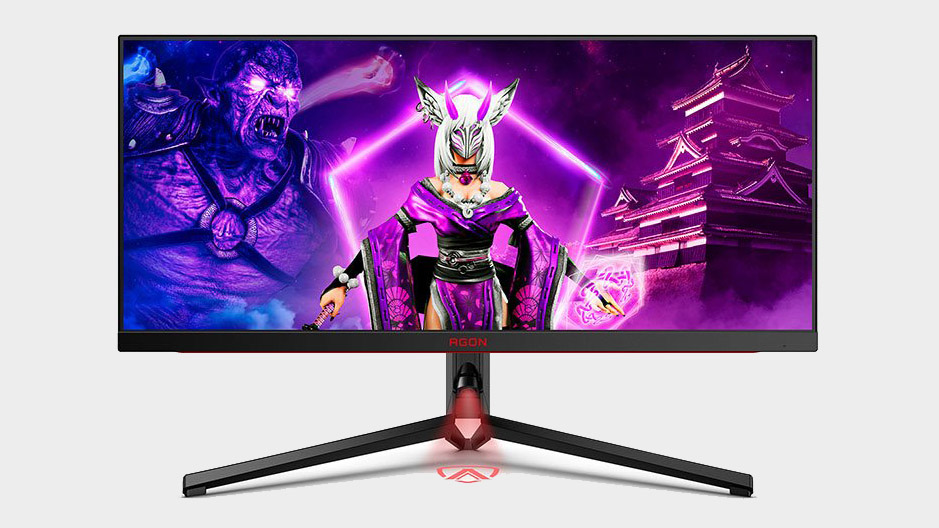 AOC is releasing a new gaming monitor, the Agon Pro AG344UXM. It’s got a 34-inch IPS panel with mini-LED backlighting. Its brightness level is rated at 1,000 nits, meaning its capable of true HDR. Add to that a 170Hz refresh rate, 1ms response time (grey-to-grey), and UWQHD 3440×1440 resolution and this is a monitor that many gamers will surely have their eye on.

Interestingly, it’s a flat panel. Most ultrawide screens these days are curved, so its an different design choice by AOC. It includes DP 1.4 and HDMI 2.1 ports, along with a 4-port USB hub, 90W power support, and KVM functionality.

Other key features and specifications include 10-bit colour depth with 99 percent DCI-P3 and 100 percent sRGB coverage. That means it’s useful for users that demand high colour accuracy too. It comes with FreeSync support (though there’s no mention of G-Sync Ultimate), a pair of built-in 8W speakers and of course, RGB lighting if that’s the kind of thing you really must have in a monitor.

The real selling point of this monitor is its Mini-LED support. Compared to regular LCD backlighting, Mini-LED backlighting with its local dimming zones delivers better contrast ratios and deeper blacks, though not quite on the same level as OLEDs. Mini-LEDs tend to offer better brightness and HDR performance, and they don’t suffer from screen burn or degradation like OLEDs can over time. There’s still a lack of OLED monitors, though new screens including the excellent Alienware 34 AW3423DW QD-OLED (opens in new tab) is one of a new breed of gorgeous screens that are first and foremost designed to be PC screens, and not TVs.

It sounds good right? Well, I’m not sold on it being a flat screen but that alone will appeal to many users, and who am I to argue.

The problem the Agon Pro AG344UXM faces is its price. So far, only UK pricing has been announced, and it’s eye watering at £1,429.99. On paper I like it but not at that price. It’s still a heck of a lot cheaper than the Asus ROG Swift PG32UQX (opens in new tab) though! It’s set to go on sale in July. We can expect releases in other markets to be announced in the weeks ahead.

Given that the Alienware 34 AW3423DW sells for £1,099 before discount (opens in new tab), and its perhaps the best gaming monitor ever, the AOC Agon has a tough fight on its hands.

I’m looking forward to seeing what kinds of monitors are coming our way in the months ahead. It’ll be great to have a variety of Mini-LED and OLED monitors to choose from after years of waiting for them to deliver on their potential.

THE BEST XBOX CONTROLLER TO BUY RIGHT NOW FROM AMAZON