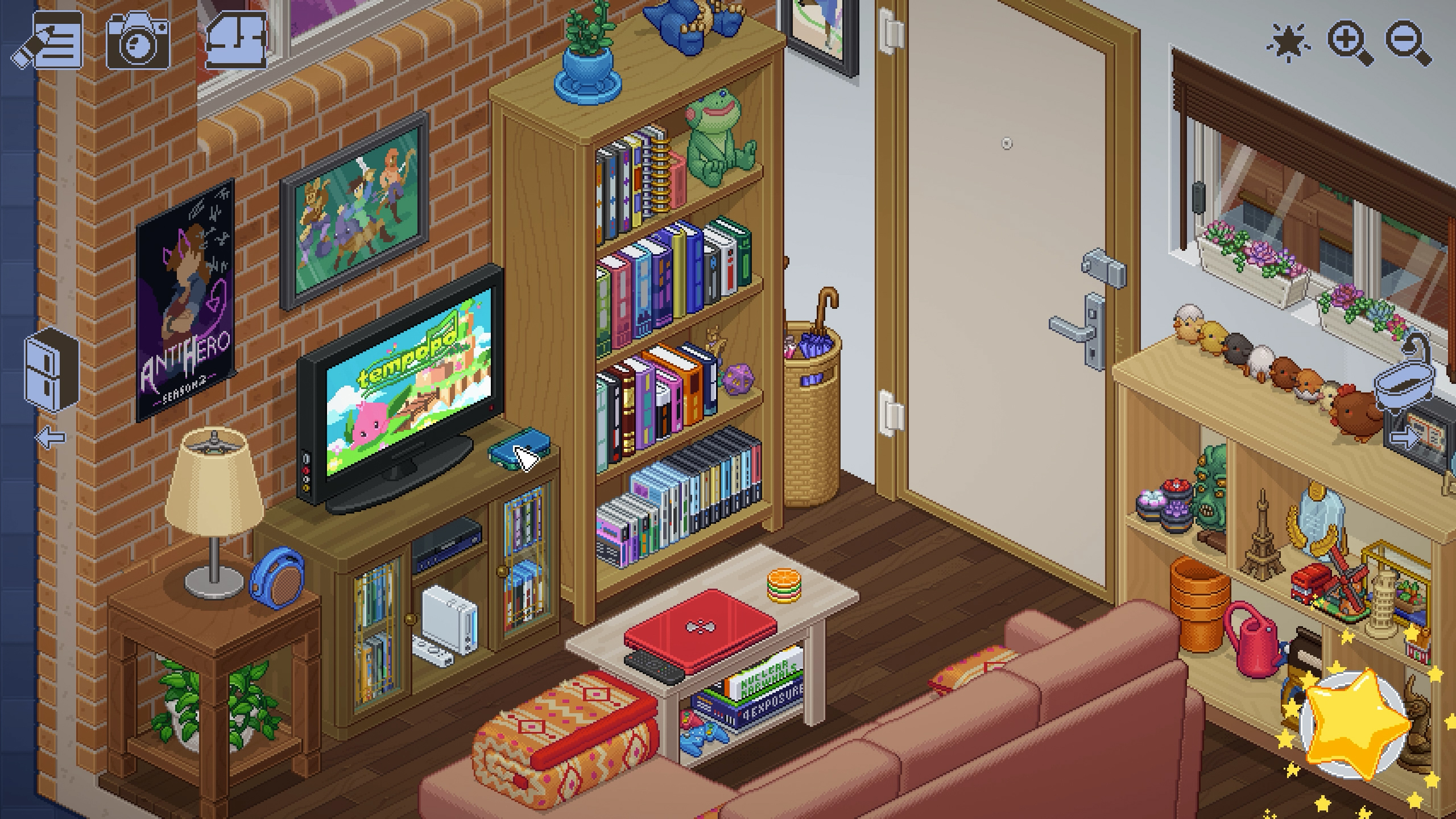 Earlier this month, Australian indie studio Witch Beam posted a blog (opens in new tab) that mentioned an unfound easter egg in its game Unpacking. “A pixel art rendition of the key art for our next game exists somewhere inside Unpacking,” the blog said, “and no one has found it yet!”

A couple of days later, easter egg-hunting YouTuber xGarbett turned up that easter egg (opens in new tab). As some players had already figured out, you can turn on the game consoles in Unpacking and see fictional games Cactus Carts, Witch Sports, Android Cold War III, and Lash N’ Dash. But turning on the Wii in the second apartment level revealed a game that may not exist yet, but isn’t fictional: TemPoPo.

Described on Witch Beam’s website (opens in new tab) as “Coming Soon”, we don’t know anything about TemPoPo yet. Both the name and the beamed notes in its logo suggest something musical, and Witch Beam does include noted composer Jeff van Dyck, whose credits include various Total War games, Alien: Isolation, and Skitchin’. The island in the cloud and cute pink Cave Bud-looking character seem reminiscent of heartwarming adventure Rakuen, which is quite a musical game too.

Before making a name for itself thanks to the life story told in moving boxes of Unpacking, Witch Beam was responsible for a twin-stick arcade shooter called Assault Android Cactus (opens in new tab). A kinetic arcade laser disco, it was nothing like Unpacking, and it’s entirely possible TemPoPo could be something completely different again.